Ancient Dungeons, my latest tileset, will have an early july release. That means I’m still hard at work on finishing this before the end of the month.

I’ve got Candacis helping me out, who gives back great feedback, and she’s made a couple of sample maps for me. Here’s some teasers! 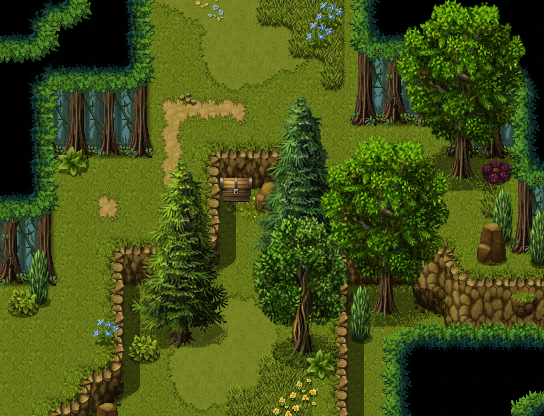 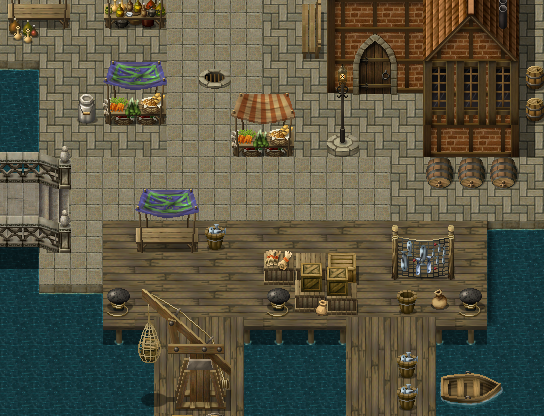 Ancient Dungeon Tiles is now renamed to Ancient Dungeons. I thought it over and over, and I think it’s best to split the pack into several little packs. This drives down the cost, and means I can release it faster.

First what will be released is the Base Pack. This will include enough to make a medieval city. It will contain no dungeons. Then, any dungeon released afterwards will be its own pack, so you can pick and choose which one you like – plus they’re cheap. I will also release an extras pack, this will add onto the base pack and include things like snow and desert tiles, as well as more interior tiles.

Had I done everything together … the pack would have been priced at something like $60 to justify the amount of materials in it. But that’s neither appealing to my audience or me. Hence why it’ll be split up into little packs, and I will keep on adding more to it.

Hopefully, I will be able to rush the base pack in time for the Indie Game Maker Contest, which means I need to have it done by the end of May! Thank god I’ve already finished a lot of content, all the autotiles are done for example, I just need to focus on some exterior tiles and some interior tiles for a castle.

I’ve been creating Ancient Dungeon Tiles for a while now, but have been putting it off as other projects kept coming that had priority. Sadly this means it’s still not finished. However, I’ve come up with a proposal, and so Ancient Dungeon Tiles will not become available in the RMW store anymore, but it’ll be used for something else. Don’t worry, you can still buy it once it’s finished 🙂

That said, it’s still on hold as other projects take priority. Once those are finished I can go my merry way again drawing tiles.

Made some progress on my exterior TileB of the Ancient Dungeon Tiles. It includes 5 different trees (3 different types), and now has a cliff that can stand in the (non animated) water. It’s basically finished now. I might add a snow version in the second part.

Interior is coming along as well.